Pineapple wall art prints are always cheerful so, in my opinion, they make a great addition to any tropical-themed decor. Therefore, the pineapple (Ananas comosus), this beautiful tropical plant, is always beneficial and visually appealing. Regardless if you have it on your plate - or on your wall. 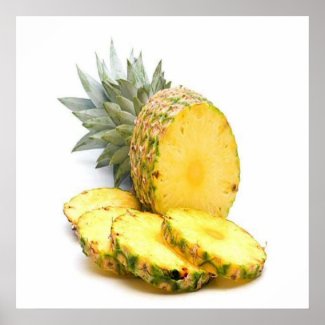 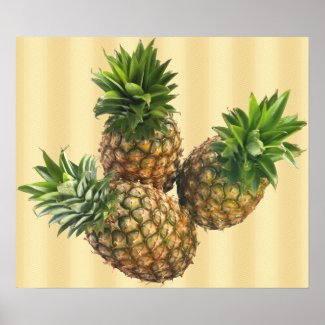 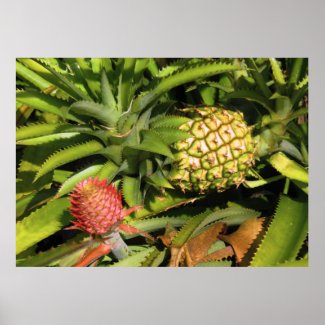 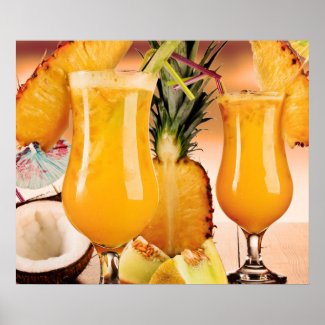 There's a popular quote by an unknown author all over the internet as well as on pineapple wall art prints: "Be a pineapple: Stand Tall, wear a crown, and be sweet on the inside." I like it. But you have an option to customize your poster with any text. The choice is yours! 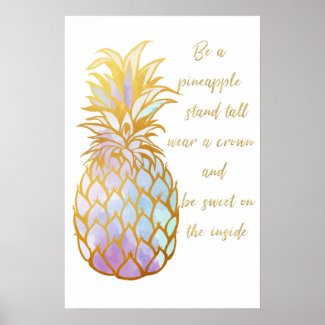 Be a Pineapple Poster
by sonomafoto 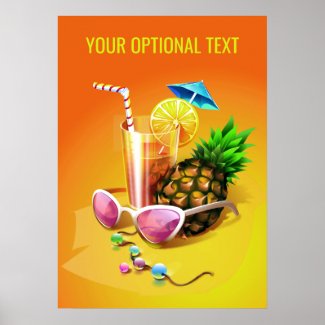 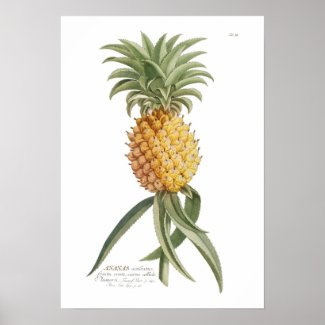 The word "pineapple" in English was first recorded to describe the reproductive organs of conifer trees (now termed pine cones). When European explorers encountered this tropical fruit in the Americas, they called them "pineapples" (first referenced in 1664, for resemblance to pine cones).

The flesh and juice of the pineapple are used in cuisines around the world. In many tropical countries, pineapple is prepared and sold on roadsides as a snack. It is sold whole or in halves with a stick inserted. Whole, cored slices with a cherry in the middle are a common garnish on hams in the West. Chunks of pineapple are used in desserts such as fruit salad, as well as in some savory dishes, including pizza toppings, or as a grilled ring on a hamburger. Crushed pineapple is used in yogurt, jam, sweets, and ice cream. The juice of the pineapple is served as a beverage, and it is also the main ingredient in cocktails such as the piña colada and in the drink tepache.
Source 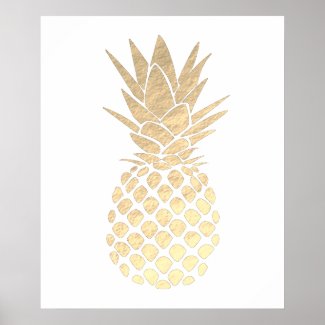 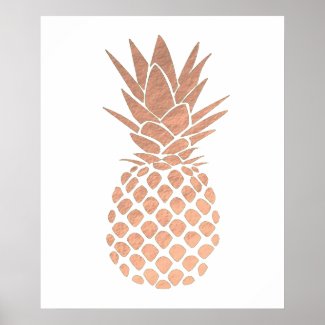 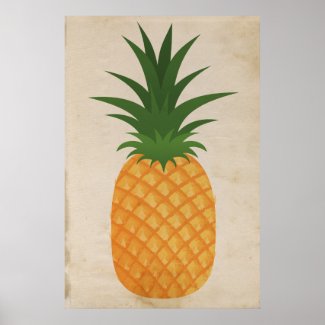 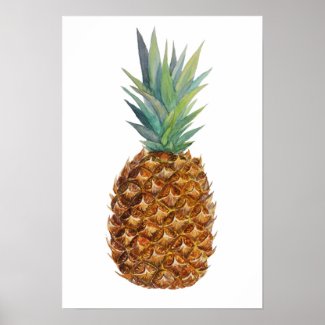 The humble pineapple. Today it as likely to be used as a garnish with gammon and chips or a receptacle for an over-embellished cocktail as it is to be enjoyed as a dish in its own right.

But in the 17th century, pineapples were so rare, and their consumption such a status symbol, that they had paintings, ornaments and even buildings made in their image.

Growing them domestically even became something of an arms race between European kings, each desperate to outdo the other by being the first to boast home-grown pineapples.
Source 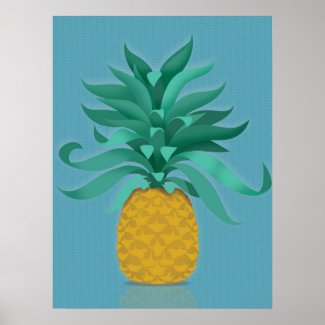 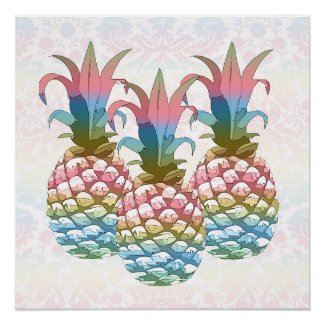 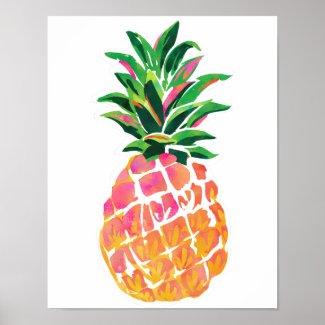 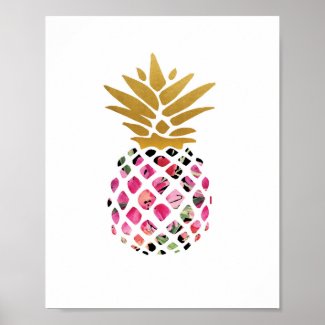