Something about the music…

Ten minutes before 2012 began in Slovenia, my aunt Zvonka called me. She told me she was at her home in Postojna all alone, with cold, coughing and sneezing – and watching the New Year’s Eve program on Slovenian national TV.

Zvonka and I have been close for many years so I know her well to be “not-so-cheerful” when her health issues arise. But this time she couldn’t get over how good the program on TV was, with excellent selection of performers and great music. She kept talking and talking about it – so much so that I decided to check that show out as soon as possible. 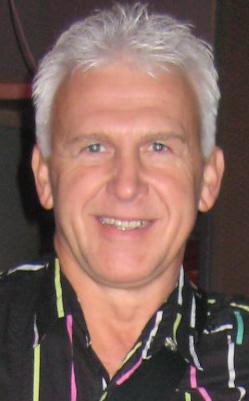 I finally got around to it on Tuesday and was pleasantly surprised, I have to admit. The performers were, of course, popular bands and vocalists. And they performed popular tunes. Some older, some newer.

But there was a twist to this scenario. The performers were “mixed up” in the most unusual ways. Like, two vocalists that have never sang together before, singing a duet. Or a pop and a rock band performing together. Then a famous pop singer with polka (narodno zabavni) ensemble – and so on.

The outcome was outstanding. An old song became new, it had a different “taste” to it. I really don’t know how to put that in words but I can easily imagine that my aunt Zvonka wasn’t the only one who felt uplifted watching that program. In fact, the next day Lojze was describing to me a similar experience with watching New Year’s Eve program from France.

Here’s a couple of examples. If you want to check them out, click on the links below and they will open a new window for you – so you can continue reading this page.

It’s a funny “coincidence” that I’ve been observing something similar – like my aunt, watching TV – at our hall in Spring Hill. We had a New Year’s Day Dance on Sunday and Turcola’s five-piece band performance was outstanding. And for me, the best part was watching people’s reaction. It went from joyfulness to excitement to thrill.

Ever since I first started promoting Slovenian-American Club in Spring Hill, I heard statement, “We had Such a good time there!” times and times again. But never had I seen people enjoying themselves as much as in these last few days.

It happened again yesterday, at our second Jam Session Dance. There were nine outstanding musicians on the stage and I don’t think there are words that can describe properly how much people loved them.

Some of our guests were from a German Club in Pinellas Park. They asked me if I could send this group down to their club. And they meant it, too!

My next project is to put together an article about each of this season’s events – with photos and videos. Will let you know when those are done and live. In the meantime, get your dancing shoes ready for January 28 dance with Walter Ostanek, Canada’s Polka King and his Cleveland buddy Bob Kravos with The Boys In The Band.

That’s all for today.

Unique Christmas Traditions Around the World