The month of November can be quite dull. The weather all of a sudden changes from one extreme to another and any day can surprise us with an Indian summer, a tropical storm or a snow storm. The days get really short and the nights keep growing longer – and people are longing for sunshine.
.
Luckily, that’s just one side of the coin! November days are also time of celebrating the abundance of crops, the end of harvesting and some more peaceful days for those who grow foods – and time for giving thanks.
.
When I first learned about the Thanksgiving Day in this country, I was quick to do all the research to learn about its meaning and how it came about. The deep meaning of this celebration was astonishing to me and ever since I consider Thanksgiving the most significant and valuable holiday ever invented.
.
However, there was something missing in this picture. I couldn’t understand why Europeans and Slovenians, despite the long and rich history and countless traditions, don’t have an identical holiday on their calendars.
.
And today I discovered I was wrong all along. Yes, I admit it, I didn’t know my own heritage well enough to see there actually was a day for giving thanks, marked as a holiday and widely celebrated, on Slovenian calendars.
.
But I sure am very thankful to the person who talked me into writing this story. I owe you one! 🙂

November 11 of every year is called Martinovo (Martin’s) in Slovenia. It’s a public holiday, a very popular one, especially for all the wine-lovers.
. in the
I don’t think I need to specifically point out that certain regions in Slovenia produce some high quality wine varieties – and by the rule – nothing ever happens in “the only country with love in its name” without that treasured grape juice.
.
On St. Martin’s Day the cider supposedly turns into a wine – right after the blessings that can (on November 11 only!) be given by anyone dressed as a bishop.
.
Video below shows the symbols of this holiday, some dishes traditionally served for dinner, and decorations used to make the occasion even more festive. And – Martinovo would not be the same without the happy music…
.
.

.
.
Slovenians have always been very creative in finding the reasons to party. These days, if St. Martin’s Day happens to be a weekday, the Sunday before and the Sunday after November 11th are both considered and celebrated as a Martin’s Sunday.
.
There are some people who extend the festivities into all the days in between as well. As it happens, this year, in 2012, Martinovo comes on Sunday that is also a presidential election day in Slovenia.

How it all started

St. Martin, a Bishop of Tours and one of the most familiar and recognizable Christian saints

Ages before Christianity, as pagans, the ancient people in the area of Central Europe and elsewhere celebrated their successfully completed harvest season with feasts and animal sacrifices to their many pagan gods.
.
This was also the time of making requests for at least as abundant or even more plentiful crops during the upcoming farming season.
.
Another related tradition, something I’ve never heard of before, was – around this time of the year people paid off all of their debts. That makes sense since that’s when farmers got paid for their produce.
.
However, there’s more. During the month of November farmers also fired all the seasonal laborers and employed permanent helpers.
.
Image credit
.
Sounds like drawing the line underneath the past and starting anew, doesn’t it?

The new religion institution, Christianity, found a neat way of spreading the new beliefs. Instead of banning the pagan traditions, the new church adopted and adapted them.
.
Christian saints took place of pagan gods and became protectors of things, traditions, people and more. Instead of sacrificing to a pagan god, Christians addressed a prayer to the particular saint and asked for help or advice.
.
Animal sacrifices were replaced with the lit candles. And that’s how/when “sveti Martin” (St. Martin) became a protector of abundant wine harvest – among other things. 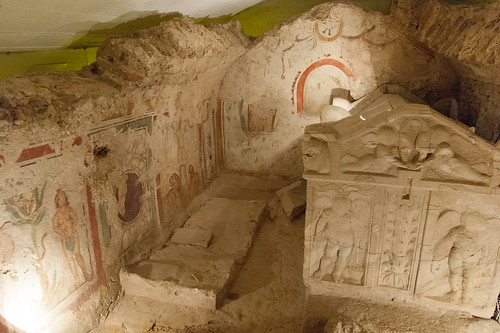 Martin of Tours is the patron saint of the U.S. Army Quartermaster Corps, which has a medal in his name[31] and also the Church Lads’ and Church Girls’ Brigade. Their 5-7 age group was renamed ‘Martins’ in his honour in 1998.

Who was St. Martin?

Sanctus Martinus Turonensis in Latin or Martin of Tourswas a real person, born in the year 316 AD in Savaria in the Diocese of Pannonia (now Szombathely, Hungary). He grew up in Ticinum (now Pavia in northern Italy) where he became became a Christian – against his parents’ will.

While Martin was still a soldier in the Roman army and deployed in Gaul (modern day France), he experienced the vision that became the most-repeated story about his life. One day as he was approaching the gates of the city of Amiens he met a scantily clad beggar. He impulsively cut his own military cloak in half and shared it with the beggar. That night, Martin dreamed of Jesus wearing the half-cloak he had given away. He heard Jesus say to the angels: “Here is Martin, the Roman soldier who is not baptized; he has clad me.” (Sulpicius, ch 2). In another story, when Martin woke, his cloak was restored. 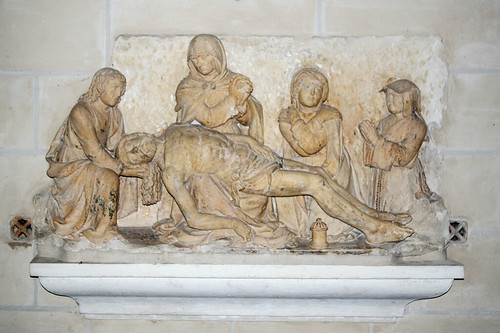 Martin was baptized when 18 years old. Soon after he decided that his faith prohibited him from fighting. He was charged as cowardice, got jailed and was later released from military service.
.
Soon after, Martin became a disciple of Hilary of Poitiers, a chief proponent of Trinitarian Christianity. After Hilary was forced into exile, Martin lived as a hermit on the island then called Gallinaria (now Isola d’Albenga) in the Ligurian Sea.

With the return of Hilary to his see in 361, Martin joined him and established a monastery nearby, at the site that developed into the Benedictine Ligugé Abbey, the first in Gaul; it became a center for the evangelization of the country districts. He traveled and preached through western Gaul: “The memory of these apostolic journeyings survives to our day in the numerous local legends of which Martin is the hero and which indicate roughly the routes that he followed.” (Catholic Encyclopedia).

In 371 AD Martinbecame a bishop of Tours – with great enthusiasm for destroying pagan temples, altars and sculptures. However, his thoroughness in removing everything non-Christian, including the pine trees growing next to the pagan temples, created the heathens’ opposition. 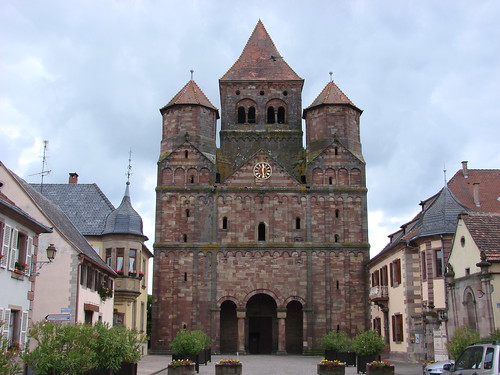 To escape the attention, Martin founded the Abbey of Marmoutier on the opposite shore of the Loire River and retreated there to live the life of monasticism. Martin died in Candes-Saint-Martin, Gaul (now central France) on November 8, 397 AD. His name day was November 11 – now called St. Martin’s Day.

Though no mention of St. Martin’s connection with viticulture is made by Gregory of Tours or other early hagiographers, he is now credited with a prominent role in spreading wine-making throughout the Touraine region and facilitated the planting of many vines. The Greek myth that Aristaeus first discovered the concept of pruning the vines after watching a goat eat some of the foliage has been applied to Martin.[30] He is also credited with introducing the Chenin Blanc grape varietal, from which most of the white wine of western Touraine and Anjou is made.

There are three holidays related to grape-vine growing and wine-producing in Slovenia. That makes the importance of wine in this country pretty obvious.
.
The first one is on May 25, called “Sveti Urban” or “Urbanovo.” That’s when the grape vines are in bloom and the growers are able to get an insight into what the harvest might look like.
.
The second holiday is “Martinovo” on November 11 – when cider turns into a wine.
.
The last wine-related holiday is “Šentjanževo” on December 27 – and a very important day, especially in Štajerska region. By that time the new wine clears up enough that distinguishing between the wine for everyday use and the best quality one that will be kept for special occasions is easy. On that day the best tasting wines receive blessings.

Although a tiny country, Slovenia’s variety in culture in customs is legendary. That’s no different when it comes to celebrating St. Martin’s Day.
.
In the region of Goriška brda the custom of predicting the abundance of grape crops for the upcoming season is still alive. An apple gets placed on a barrel. Then the vineyard owner sticks different Mediterranean herbs into the fruit. If the apple after that “herbal treatment” dries out nicely, the next season’s wine will be good. And when that apple rots, it means a bad season.
.
Here’s another way the near future gets predicted in certain parts of Slovenia. I find this one especially amusing. It’s done with the breast bone of a goose, baked on Martinovo. When the bone is brown, that means a bad winter. And if the bone looks white, that means a lot of snow… 🙂
.
.

Traditional foods and their meanings

There are foods, traditionally served for the special occasion like “martinovanje” (celebration of St. Martin’s Day) and some of them have a symbolic meaning.
.
According to the legend, Martin was a humble man and reluctant to become bishop in Tours. So he decided to hide in a stable filled with geese. The noise made by geese betrayed his location and he was discovered.
.
Hence, no wonder a “traitor” like goose made the top of the list of foods, eaten in honor of Saint Martin. However, a general rule of thumb when it comes to holiday dishes in Slovenia has always been – people prepared anything they had available – but always the kind of foods that had not been served otherwise, not even on Sundays.
.
Following is a short list of delicious foods, traditionally eaten on Martinovo:

Thanksgiving or no giving thanks?

After doing all this research on the famous saint and “martinovanje” – I came to the conclusion that Slovenians do have a day of giving thanks after all.
.
Traditionally and symbolically, St. Martin’s Daywas a a thanks-giving holiday. Wine was the last produce that turned ripe in the season, and when it did, the feasts and celebrations began. Year-round hard working farmers more than deserved some festive time and good foods. And they definitely weren’t feeling thankful only for all the barrels of wine their leather-like, blistered hands produced!

For more information, click on any of the links below:

.
.
And that, my dear friends, would be all for today.
.
I hope you found this newsletter amusing, informative – or both. I sure do appreciate your time and interest and even more so, your feedback.
.
Wishing you all a wonderful weekend, from the bottom of my heart,