This morning I went out to do a quick watering in a few of my planters with just recently planted vinca flowers. And there it was – one of the biggest swallowtail butterflies I’ve ever seen – flying in circles around my front yard. 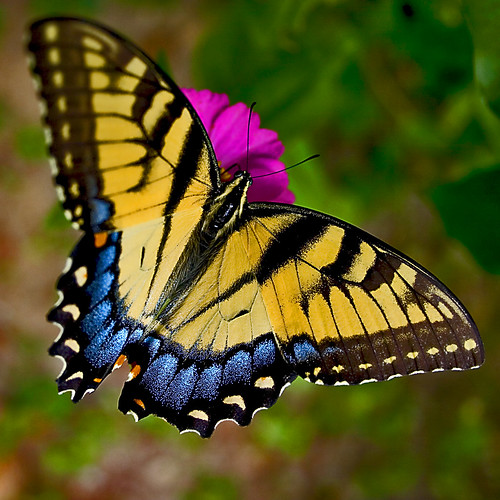 It looked like it was trying to catch my attention – before landing on one of the tall spikes of pickerel rush plant with soft blue flowers. And then it went around and around, paying loving attention to every tiny bloom on the spike of Pontederia cordata.

While the butterfly was merrily moving around, up and down the floret, I noticed that one third of its right wing was missing. My instant emotion of sympathy was overwhelming…
.
. 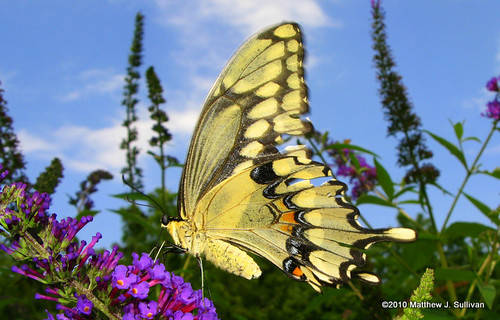 Yet, as I continued paying my attention to the tireless swallowtail, I realized, that the missing wing didn’t seem to bother her one bit! Little creature seemed as happy and capable of going around as any other butterfly I’ve ever seen.

And my next train of thoughts lead me to the difference between blissful beasts and humans. Most people know of lots of reasons why they can’t be happy – while most wild beasts know every reason for happiness.

I only wish I had my camera with me – so I could take a photo of the perfect happiness, radiating from a swallowtail butterfly with injured wing. Nevertheless, it was a sight I’d probably never forget.